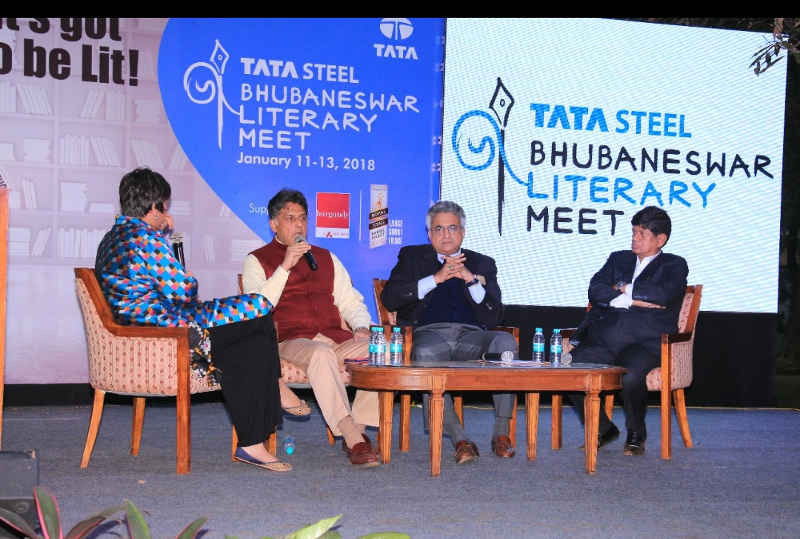 Bhubaneswar: Tata Steel on Tuesday announced that the 5th edition of the Tata Steel Bhubaneswar Literary Meet (TSBLM) will be hosted in the beautiful temple city of Bhubaneswar on January 10-12, 2020.

The 5th edition of TSBLM aims to encourage the thriving literary community as well as promote the rich culture of the region.

Speaking about the festival, Chanakya Chaudhary, Vice President, Corporate Services, Tata Steel, said, “Odisha has always been in the forefront for culture and intellectual pursuits with some of the iconic works of Indian literature being contributed by renowned personalities from the state.

The Tata Steel Bhubaneswar Literary Meet is an annual celebration that brings leading minds across artistic and cultural disciplines on one platform to engage with Bhubaneswar’s discerning audience. The response to the Literary meets we’ve received over the years encourages us to enrich this event every year. I am sure this year’s edition will be much appreciated by participants and the audience.”

With the belief in the importance of a festival celebrating Odia literature that also brings the best national and international artists on one platform, Tata Steel had engaged Gameplan Sports to launch TSBLM back in 2016.

From the very first year, TSBLM has drawn premier authors and speakers not just from Odisha, but from across India and the world. Over the years, the event has hosted eminent delegates such as Ruskin Bond, Nayantara Sehgal, Kiran Nagarkar, Waheeda Rehman, Manoj Das, Ileana Citaristi, Mark Tully, Nandita Das and William Dalrymple to name a few.

TSBLM has grown to become an integral part of Bhubaneswar’s annual cultural calendar with a consistently high quality of participants and an inherent connection with local cultural ethos.

Malavika Banerjee, Director, Gameplan Sports, said, “Tata Steel Bhubaneswar Literary Meet is a significant literary platform for all literature lovers in Odisha to celebrate their love for literature and exchange of ideas. As we celebrate a milestone year for TSBLM, we look forward to a confluence of the brightest literary minds from across the globe.

We also look forward to the immense support received from the literary and cultural community of Odisha and the legion of book lovers who have always welcomed TSBLM with an open heart.”

Like earlier editions, the festival will celebrate unexplored ideas and unstoppable voices will focus on literature, poetry, current affairs and women’s issues.

Each session will witness noteworthy names being a part of engaging discussions with the audience; bringing together a range of expertise and perspectives on stage throughout the three days in the iconic setting of the Xavier Institute of Management, Bhubaneswar.

For the past four years, TSBLM has been a literary landmark that has been valued, respected, anticipated and celebrated across Odisha, India and the world.

It is time again for another unforgettable experience for the literary community of Odisha from 10-12 January 2020.