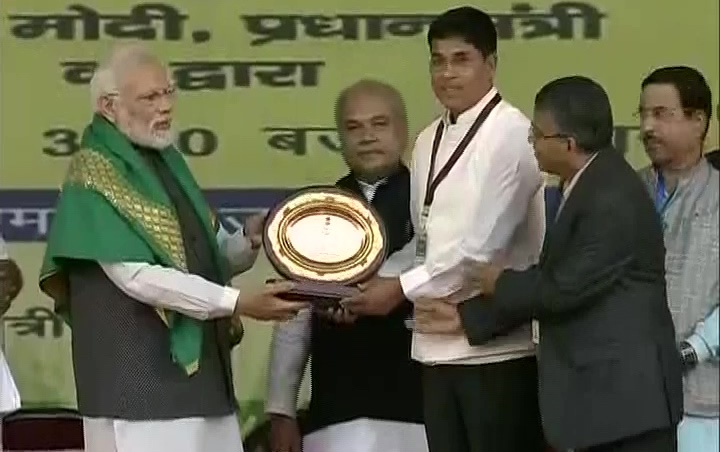 Bhubaneswar: Odisha has been conferred with the Krishi Karman Award for Total Foodgrains Production in the year 2016-17.

The award consists of a trophy, citation and a cash amount of Rs 1 crore.

Notably, Odisha has won the Krishi Karman Award for the fifth time.

On the occasion, the PM also released the 3rd installment of PM Kisan (Pradhan Mantri Kisan Samman Nidhi) of Rs 2000 for the period December 2019 – March 2020.

He hoped that the States that haven’t implemented the ‘PM Kisan Samman Nidhi Yojana’, will do it and political parties will rise over politics to help the farmers in their States.

Prime Minister said that due to the efforts of the government, both the production and export of spices from India has increased considerably.