New Delhi: Ten candidates have scored 100 percentile in the Common Admission Test (CAT) 2019, results of which were announced on Saturday.

All ten candidates are men from technology and engineering background, officials said.

21 candidates have scored an overall 99.99 percentile in CAT 2019. Out of these candidates, 19 candidates are from the engineering/technology background, the official said.

• The gender distribution of candidates who appeared for CAT 2019 is as follows:

• IIMs will now release their shortlists for subsequent admission processes based on, among other things, the CAT 2019 scores.

More than 115 other non-IIM institutions will also use CAT 2019 scores this year for admission into their management programmes. 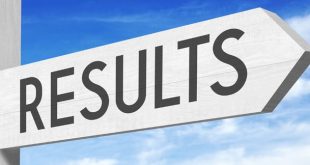