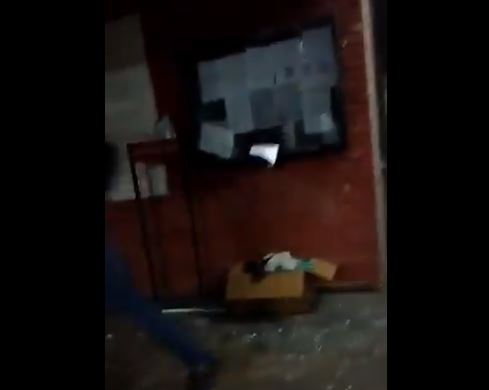 New Delhi: A masked mob armed with sticks and stones barged into Jawaharlal Nehru University (JNU) on Sunday evening and beat up students and teachers.

The injured have been admitted to the All India Institute of Medical Sciences (AIIMS) as chaos reigned on the campus for nearly two hours.

The JNUSU has alleged the involvement of the Akhil Bharatiya Vidyarthi Parishad or ABVP, the student body linked to the BJP, in the attack.

On the other hand, the ABVP alleged that their members were attacked by leftist students.

Following the request of JNU administration, the Delhi police held a flag march in the campus.

Police said it conducted a flag march and the situation was brought under control after it got a written request from the JNU administration.

Meanwhile, leaders across the party line condemned the attack.