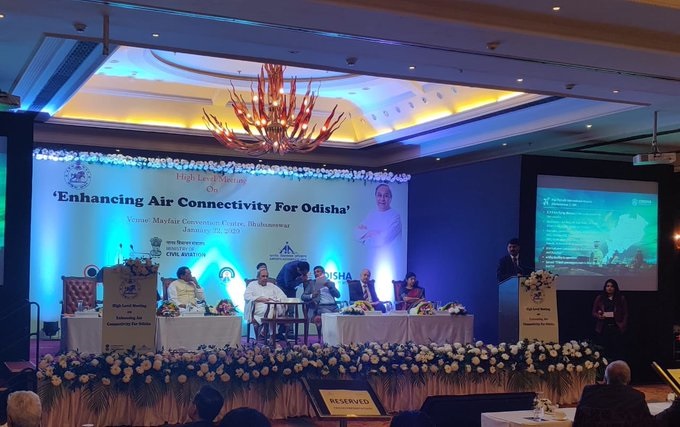 Bhubaneswar: To improve air connectivity to and from Odisha, 14 new flights are planned to several national and international destinations.

Most of the flights are scheduled to operate between January to Summer 2020.

The Odisha government on Wednesday deliberated with the airlines operators and the officials of the Civil Aviation Ministry for improving air connectivity to Odisha. More than 25 CEOs of different Airlines were invited to the meeting.

Of the 14, two flights-Bhubaneswar –Bengaluru and Bhubaneswar-Surat- have already commenced their operation. Besides, Alliance Air will start Kolkata-Jharsuguda flight services from January 24.

The Alliance Air Bhubaneswar-Varanasi will commence on January 31 while IndiGo will start Varanasi to Bhubaneswar flight services from February 29.

Similarly, SpiceJet will operate flights from Jharsuguda to Mumbai by the end of winter schedule and IndiGo will fly flights from Prayagraj to Bhubaneswar starting July 1.

The meeting had also discussion on the operation of flights at three other airports of the state- Jeypore, Rourkela, and Utkela.

He highlighted that while there is only 17 percent growth in aviation nationally; Bhubaneswar has seen 29 percent cumulative growth.

Joint Secretary of Civil Aviation Usha Padhi made a presentation on UDAN scheme and said Bhubaneswar will be provided viability gap funding under UDAN. She also highlighted the efforts to improve the different airstrips of Odisha.