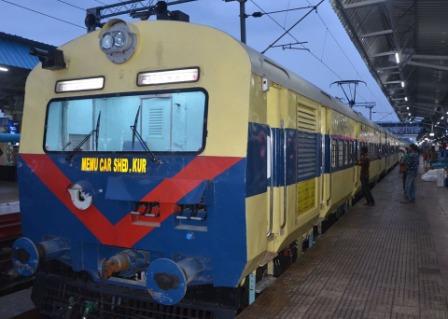 
Bhubaneswar:  The East Coast Railway (ECoR) has decided to introduce the longest MEMU train in Odisha.

In view of heavy rush, the ECoR has decided to add four additional coaches to 68422/68421 Puri-Angul-Puri MEMU train from February 11.

With total 16 coaches, the Puri-Angul-Puri MEMU train will be the longest one in Odisha, said a statement.

The ECoR will also run a new MEMU train between Kendujhargarh and Bhubaneswar from February 12.

The ECoR will run the MEMU train by replacing the Kendujhargarh- Bhubaneswar- Kendujhargarh Passenger, the statement said.

With introduction of the new MEMU train, services of the old passenger train will be discontinued.