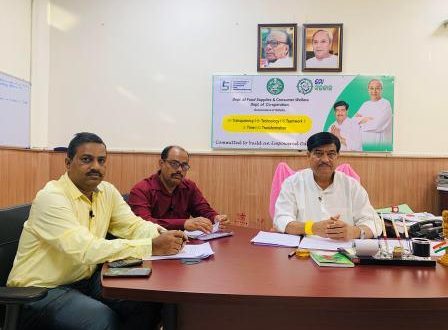 
Bhubaneswar: In a first of its kind initiative by any department in Odisha, Minister for Food Supplies & Consumer Welfare Ranendra Pratap Swain on Thursday answered directly the queries asked by the general public through social media platforms.

Swain also addressed several initiatives taken by the state government for the welfare of people.

Due to the limited time frame, the minister could not able to attend every question in social media. However, Swain assured people that unaddressed queries will be answered through Facebook and Twitter in a while.

In social media, the majority of questions were raised asking the government to solve problems of the farmers.

Answering such queries, Swain assured that the state government will resolve every problem faced by the farmers.

“State government is giving more priority to farmers and various initiatives are being taken for their development. Also, the government would ensure farmers would get token by March 31, 2020, for their paddy procurement,” he said.

The Minister has also thanked all citizens and stakeholders for participating in this initiative overwhelmingly.