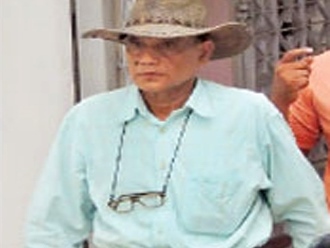 Man, who chopped wife’s body into 300 pieces, gets lifer


Bhubaneswar: A retired army doctor, who had chopped his wife’s body into 300-odd pieces and kept it in 22 steel boxes stashed in two iron chests, has been awarded life imprisonment in Odisha on Tuesday.

The Khurda District and Sessions Court awarded life imprisonment to Somnath Parida for killing his wife Ushashree Parida in Bhubneswar in July 2013.

The court convicted 78-year-old Somnath under Sections 302 (murder) and 201 (destruction of evidence) of the Indian Penal Code (IPC).

Somnath had been lodged at Jharpada Special Jail here Jail after being arrested in July 2013.

The gruesome murder occurred in July 2013 in Nayapalli IRC Village in Bhubaneswar.

Parida had bludgeoned his wife to death and chopped the body into parts. He had preserved the remains in steel (kitchen) containers and stuffed those into a wooden box.

The police had recovered the body parts from his house.