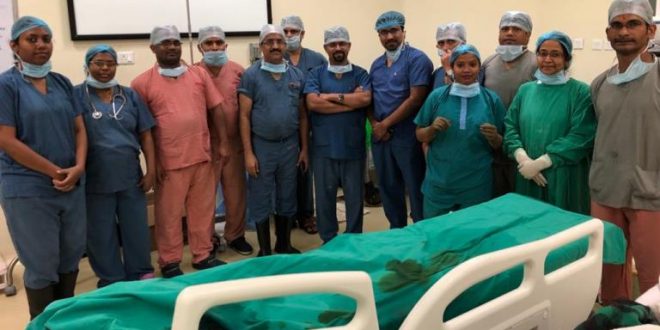 On 26th February, AMRI Hospitals Bhubaneswar received a telephonic call from State Organ and Tissue Transplant Organization (SOTTO) that one cadaveric kidney is available for transplantation.

The Donor was 56 years old female, lying brain dead at Apollo Hospital. The kidneys were successfully retrieved and 1 kidney was brought by AMRI Hospitals team with due sterility and medications as per guidelines.

The recipient was brought and transplantation process initiated with pre-op cross-matching and other formalities & protocols, said an AMRI official.

The kidney received by the AMRI team was a difficult kidney to operate upon as it had two renal artery connections instead of one and a challenging task. Despite this, the team led by Dr. Subodh Das & Dr. Sukant Kishore Das did a marvelous job and completed the transplantation successfully.

Now the patient is under active life support and is being monitored regularly.

“This is the first Cadaveric Kidney Transplantation at AMRI Hospitals Bhubaneswar. Though we received the information in the last hour, still our expert team of Doctors managed the situation and successfully did the transplantation.

Thanks to SOTTO for communicating with us. Surely, it will raise awareness among the public for organ donation and also it is a big milestone for the healthcare service in the State of Odisha. ” said Nilanjana Mukherjee. 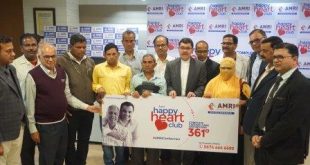 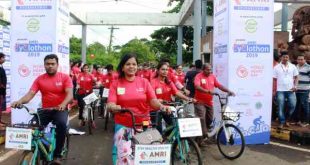 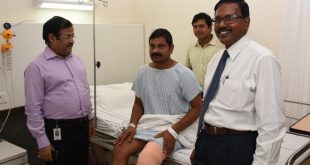