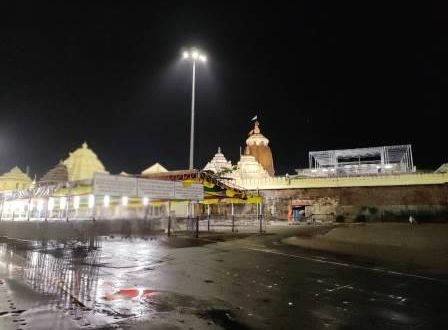 
Puri: The Puri Jagannath Temple managing committee has decided to start the construction of chariots for annual Rath Yatra.

The final decision, however, would be taken by the the state government.

Chariot construction for Puri Rath Yatra is not a religious function, but a construction activity, which is allowed in all COVID19 zones. The temple managing committee feels construction can begin, but final approval to be given by  the Odisha government, said Gajapati.

The construction of chariots was supposed to be started from Akhya Trutiya and now it has already delayed by 9 days.

Even though, the rituals for starting the Rath building works had been held inside the temple premises on Akhya Truth, the works is yet to be started due to Covid-19 restrictions.