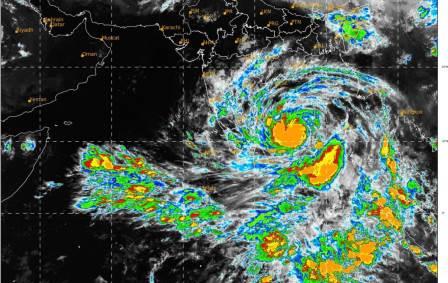 
Bhubaneswar: The India Meteorological Department (IMD) on Monday said that cyclone Amphan has intensified into an extremely severe cyclonic storm and it is likely to further intensify into a super cyclonic storm during next 12 hours.

It is very likely to intensify further into a super cyclonic storm during next 12 hours.

It is very likely to move north-northeastwards across northwest Bay of Bengal and cross West Bengal – Bangladesh coasts between Digha (West Bengal) and Hatiya Islands (Bangladesh) during the afternoon / evening of 20th May 2020 as a very severe cyclonic storm with maximum sustained wind speed of 155-165 kmph gusting to 185 kmph.