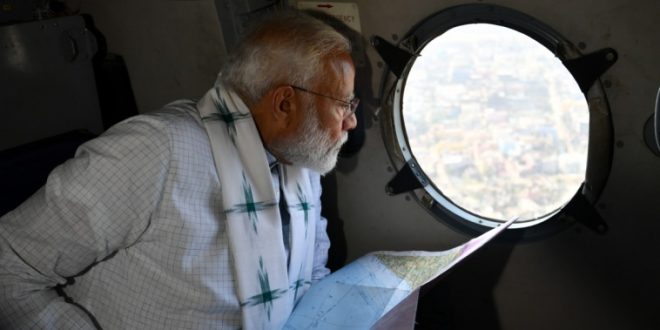 
New Delhi/Bhubaneswar: Prime Minister Narendra Modi is likely to visit West Bengal and Odisha on Friday to review the situation after cyclone Amphan.

He is likely to make an aerial survey of cyclone-affected areas in both the states and hold meetings with the officials of both the state governments, said sources.

Security meeting by top police and airport officials was held at Bhubaneswar airport on the likely visit of PM.

Earlier, Modi tweeted, “My thoughts are with the people of Odisha as the state bravely battles the effects of Cyclone Amphan. Authorities are working on the ground to ensure all possible assistance to the those affected. I pray that the situation normalises at the earliest.”