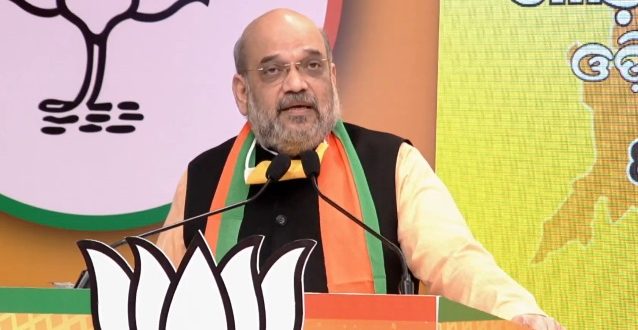 
New Delhi: Union Home Minister Amit Shah on Monday urged the party workers to build Odisha as an impregnable fortress of the BJP.

“The work started during my tenure is now half-completed. It should be fully completed during the tenure of BJP president JP Nadda. Party organisation should be strengthened and Odisha should be a BJP fortress,” said Shah while addressing a virtual rally.

He said Narendra Modi government is committed for the development of Odisha.

The people of Odisha blessed us with over 38% votes in the state and 8 seats that helped PM Modi continue leading India at the global level, he added.

“Over 91 lakh people have blessed PM Modi and BJP. I assure you that we will not step back and we will develop the state as per our promise. PM Modi is walking in that direction,” said Shah.

“The BJP isn’t in politics just for power, but for getting in touch with people, understand their problems and take it to the government. When we form the government, we take our report card to the people with our performances,” said Shah.