Bhubaneswar: As many as nine coal mines of Odisha are among the 41 coal blocks in the country to be auctioned for commercial mining, said an official on Thursday.

It was part of the series of announcements made by the Government of India under the Aatma Nirbhar Bharat Abhiyan.

The Coal Ministry in association with FICCI launched the process for auction of these coal mines. A two stage electronic auction process is being adopted for allocation of the coal mines.

In all 41 mines with total geological coal reserve of 17 billion tonne is on offer under the first phase of commercial coal mine auctions.

Modi said that India will overcome the COVID -19 Pandemic and the nation will turn this crisis into an opportunity.

He said that this event marks not only the implementation of reforms concerning one Coal Mining Sector but also marks the beginning of lakhs of employment opportunities for the youth.

He said that today we are not only launching the auction of commercial coal mining today but also freeing the coal sector from decades of lockdown.

He said the situation has lasted for decades now and the coal sector was kept entangled in the mesh of Captive and Non Captive mines.

He added that the sector was excluded from competition and transparency was a big problem.

Owing to this, he said, the coal sector lacked investment and its efficiency was also questionable.

The Prime Minister said that in 2014, coal linkage was introduced to provide impetus to the coal sector.

He said that India has taken a major decision to fully open the coal and mining sector for increased competition, capital, participation and technology.

He added that care has been taken to ensure that the new players in the private mining sector do not face the problem of finance.

He stressed that self-reliance is not possible without a strong mining and mineral sector as the two are important pillars of our economy. 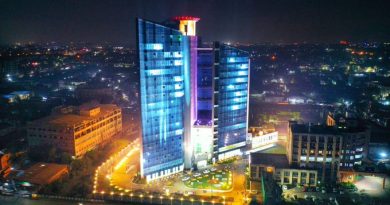