Bhubaneswar: Reliance Jio, the complete market leader in Odisha continues to be the most preferred mobile and digital service provider in the state.

As per the latest telecom subscriber data released by Telecom Regulatory Authority of India (TRAI), Jio added over 2.4 lakh subscribers in Odisha in the month of February 2020.

As the No. 1 mobile service provider in the state with highest number of subscribers as well as revenue market share, Reliance Jio has over 1.23 crore subscribers in the state as on 29th February 2020, as per the subscriber data released by TRAI, today.

Nationally also Jio further consolidated its position as the No. 1 mobile service provider with addition of over 62.5 lakh subscribers in February 2020, as per the data released by TRAI.

It is worth mentioning here that Reliance Jio became the No. 1 mobile service provider in the state with highest number of mobile subscribers as well as dominant revenue market share as per the data released by TRAI for December 2019.

As per the latest financial report on the sector released by Telecom Regulatory Authority of India for the October-December 2019 quarter, Reliance Jio had consolidated its revenue leadership position in the telecom and digital services segment in Odisha, achieving 48% market share in gross revenue and over 58% market share in terms of adjusted gross revenue (AGR). 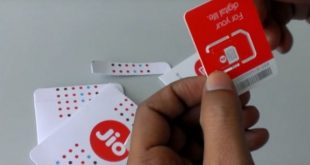