Koraput: Vigilance officials on Thursday seized Rs 11.73 lakh from Pradeep Kumar Mohanty, Agriculture deputy director of Jeypore, while he was heading towards Bhubaneswar in a car.

Mohanty, who was heading towards Bhubaneswar in the vehicle after his transfer, was intercepted by Vigilance officers at Jeypore in the district.

Mohanty was going to join his new place of posting as Joint Director, (Farm & Seeds), Directorate of Agriculture, Bhubaneswar.

This is the highest amount of cash ever seized by Odisha Vigilance during interception of public servant carrying unaccounted money.

Further investigation into the matter was underway to ascertain the source of the money. 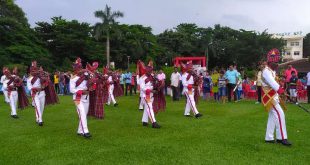