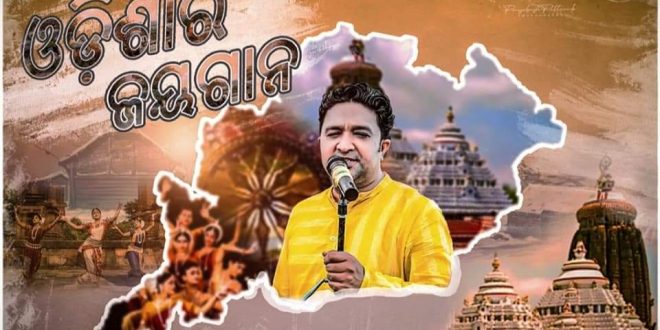 The first ever musical short film was directed by a young Director, Debadatta Patnaik.

The lyrics and the music of the short film was written and composed jointly by Bikash Choudhury and Santosh Mishra.

Santosh Mishra, the untrained sensation who was a familiar name in stage shows and live concerts has given his voice for the first time as playback singer in this musical short film.

Mentioning the whole objective behind the patriotic musical short film Odisha Ra Jayagana, Bikash Choudhury said, “The short film will not only inspire the people but also will bring the leaders of Odisha together to work for the development of the state and on Social and Economic issues, to bring transformation in the life of ordinary people in the short time frame”.