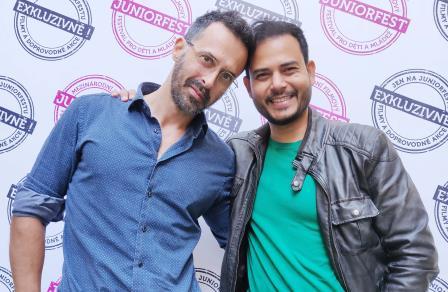 The 15-minute short film was entirely shot in Italy during the Covid-19 lockdown in March – April 2020 in the Vicenza’s downtown and the countryside.

The only international co-production from India that has happened completely during the Covid-19 lockdown was written and directed by Ulisse Lendaro who is known for his critically aclaimed feature film “Imperfect Age”, said a statement.

Made to commemorate the 200th anniversary of Percy Bysshe Shelley’s poem “Ode to the West Wind”; HUMAN O.A.K. is the story of a new type of humanity.

“When Ulisse Lendaro approached me with his idea, I found it very interesting as he is a very sensible filmmaker at the same time the story of the film has a lot of positivity and its has a lot of connection to India. It was a great opportunity to create a positive environment in the global film industry during this dreadful situation and inspired me to co-produce the movie with him,” said Jitendra Mishra.

“The movie will be showcased at a few leading International festivals before releasing on renowned OTT platforms in India soon”, he further added.

“Human O.A.K. was thought and realized in the lock down period. If there had not been the Covid-19, I would never have thought and shot it,” shared director Ulisse Lendaro.

Human O.A.K was shot entirely in Italy in remote outdoors locations outside the city, except for a few montages.

The Pluri-award-winning and talented Massimo Cantini Parrini has designed the costume for the movie. Post-production of the movie has been done in Roma by Lightcut film srl.

This is a story of a child who, in the time of a sunset, becomes a girl, forced to quickly leave behind the life she had, before everything changed, the memory of her mother with whom she used to play and their poems that now sound like an omen.

In an abstract, melancholic present, drenched in nature, this little girl continues her journey until she reaches a large oak tree. There, among books hung to mature, she meets another child, a little boy. Maybe they already knew each other. Among visions of a recent past, memories and nature, life is renewed for all humanity.

Ulisse Lendaro is an Italian producer and director, born in Vicenza and living in Rome.

After being awarded as an actor with a special mention from the theater critics at Premio Hystrio in 2004 and after his acting performances in many theater productions, Lendaro produced and is cast as lead actor in the horror “Medley – Brandelli di scuola”, by Gionata Zarantonello, a cult movie in the US.In 2017.

He directed the movie “Imperfect Age”, that premiers at the Festival del Cinema di Roma with great success with the public and the critics.