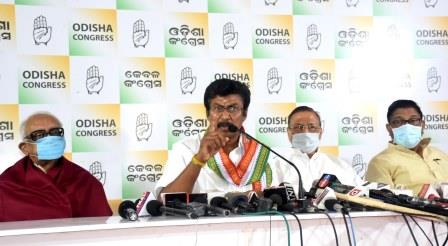 
Bhubaneswar: Odisha Congress in-charge A Chella Kumar on Sunday said both BJP and BJD are two sides of the same coin.

Addressing a press conference here, Chella Kumar said both parties are working together against the interest of the state and its people.

“Both the parties shared power from 2000 to 2009 and during that time, many serious corruption charges were leveled against the then state Ministers about land scam, minor mineral recourses, mining scam and Dal scam.  In spite of that nobody was punished from BJP & BJD,” he added.

He said both BJP and BJD have no commitment and will to deliver justice to the people and to ensure all-round development of the state.

They are looting the states recourses for their own benefit, the Congress leader alleged.

PCC president Niranjan Patnaik said while the Home Department is with the chief minister for last 20 years, but the crime in every sphere has increased significantly in the state.