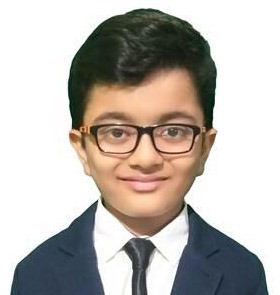 MTA is a globally recognized certification sought by those interested in pursuing a career in technology.

Venkat Raman Patnaik, a class III home-schooled student and one of WhiteHat Jr’s early adopters, joined in March 2019 when he was 6, and has attended more than 160 classes to date.

Commenting on his success, Venkat’s teacher Jatinder Kaur said, “He picked up the essence of coding from day one and reveled as the complexity levels increased. He has made all of us proud by clearing the Microsoft MTA exam at such a young age – a rare achievement indeed.”

“It’s a proud moment for any parent to see their child excel at a skill. For Venkat, it was his love for technology that prompted me to look for coding classes online and 1:1 individualized learning offered by WhiteHat Jr worked really well for him as it opened his horizons,” said Kuldeep Patnaik, Venkat’s father.

“The initial foundation set by WhiteHat Jr was so strong that later he was able to learn Coding and become a Full Stack developer along with other Engineering students at Kodnest.”

“It’s heartening to see success stories like Venkat’s. It validates our endeavor at WhiteHat Jr to unlock a kid’s potential by equipping them with the fundamentals to build their computational skills,” said Karan Bajaj, Founder and CEO, WhiteHat Jr.

“We are happy to have contributed in his enormous journey—but more importantly, huge congratulations to his parents and faculty for spotting his talents early on and honing his skills at such a young age,” said Bajaj.

At the young age of only seven years, Venkat has not only successfully qualified as a Microsoft Technology Associate, he was also invited by Chennai Institute of Technology as a guest speaker to motivate newcomers of the college in a program called “Catapult 2020”.

Venkat developed the app Let’s Reward Kids, which cemented his position as one of the twenty-six finalists of WhiteHat Jr’s Silicon Valley Challenge.

He has also been featured as a guest on Yuvaa Founder Nikhil Taneja’s program ‘Teach me something with Nikhil Taneja.’