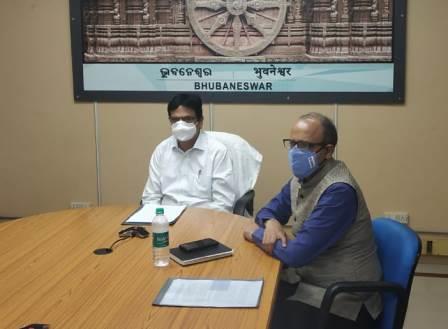 The state government demanded Rs 7,200 crore in the forthcoming Budget, 2021-22 for railway infrastructure in Odisha.

Some of the important issues are:

To make provision of at least Rs.7,200 crore in the forthcoming Budget, 2021-22 for railway infrastructure in Odisha for the on-going projects, sanctioning of new line, station modernisation, establishment of rail based industries, multi-modal logistics parks etc

Financial inclusion in the State of Odisha;

Allocation of at least Rs.5,650 crore should be made for Telecom sector for Odisha for the year 2021-22 in Union Budget.

Provision of sufficient funds for development and maintenance of National Highways

Addressing Power Sector issues like Amendment in Tariff Policy to terminate very old PPAs, Amendment to Electricity Act, 2003 to allow all Hydro projects under RPO obligation and enable DISCOMs / States’ Bulk Power Procurers to participate in tenders floated by SECI for procurement of Bundled Power for reduction in Power Purchase Cost of DISCOMs.

Consultation with the State Governments before taking any major policy decisions that affect sub-national finances;

To stop off-budget transfers of fund for Centrally Sponsored Schemes (CSS). Even if it is an off-budget resource for Government of India, it should be routed through RBI;

To allow States to operate the Centrally Sponsored Schemes directly instead of opening separate scheme based bank account;

Advance indication on Central Assistance for Centrally Sponsored Schemes(CSS) and release of funds as per commitment;

Sharing pattern in CSS for Odisha at par with North-Eastern and Himalayan States;

To gradually eliminate Cess and Surcharge on the Customs duty and Direct Taxes;