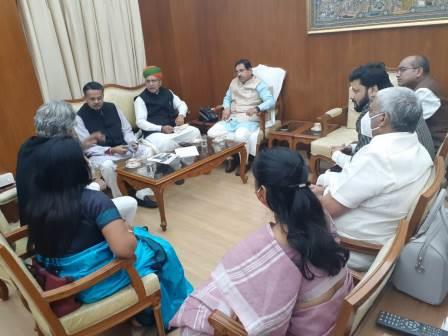 The BJD has been putting pressure on the Centre for withdrawal of the bylaws, which prohibit construction around the temples.

The state government is taking up several steps for the beautification of Lingaraj Temple.

After the Centre’s notification for withdrawal of the draft bylaws for Jagannath Temple in Puri, Odisha government has requested the NMA to withdraw the same for Lingaraj and Brahmeswar Temples in Bhubaneswar.