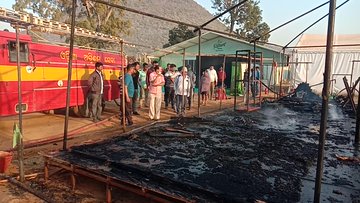 
Cuttack: A major fire broke out at Satkosia Eco Retreat festival near Baliput in Cuttack district in the early hours on Sunday.

At least three cottages set up at the eco retreat festival were reduced to ashes in the fire. The fire broke out due to an electric short circuit.

Two senior IPS officers had a narrow escape as the temporary canvas cottages.

Transport commissioner Sanjeeb Panda and his IPS officer wife Santosh Bala (Home department special secretary) were in one of the three tents at the Eco-Retreat site that caught fire.

Panda through a tweet informed that the fire started at 5 am and added that he and his wife are safe.

“By the grace of God, me and Santosh escaped without any injury as fire broke out in our tent at Satkosia Eco Retreat at about 5 am on 28.2.2021 due to electrical short circuit. Three tents were burnt and there was no injury to any one,” Panda wrote.

The Odisha tourism department confirmed that there was no injury or loss of life due to the fire incident.

It said an inquiry into the matter is being conducted.

The Satkosia Eco Retreat camps were started by Odisha tourism department on the banks of Mahanadi river at Baliput on December 29 last year to revive the tourism activities in the state in the aftermath of Covid-19. 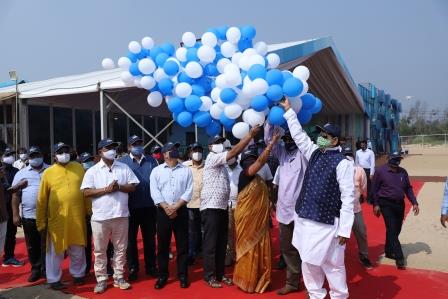