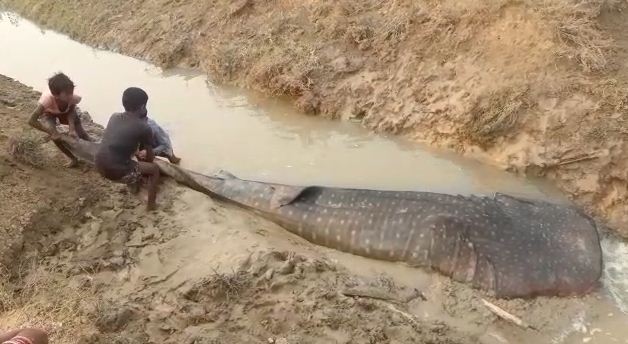 
Bhubaneswar: A carcass of a whale shark fish, weighing about five quintals, was found under Khantapada police limits in Odisha’s Balasore district, on Sunday.

The shark was discovered by the villagers of Kantiachera in the rivulet near the sea this morning.

The reason behind the death of the animal was yet to be ascertained.