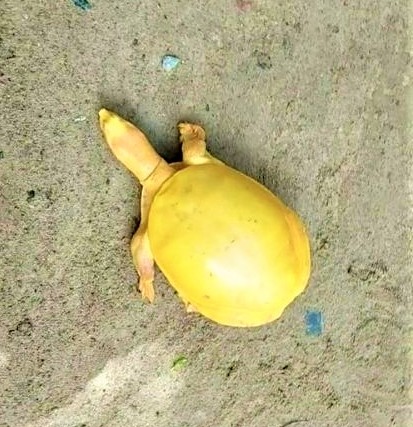 He informed the Forest officials and handed over the turtle to them.

People gathered at his house to see the rare turtle. It was later released by the forest officials in Baitarani River.