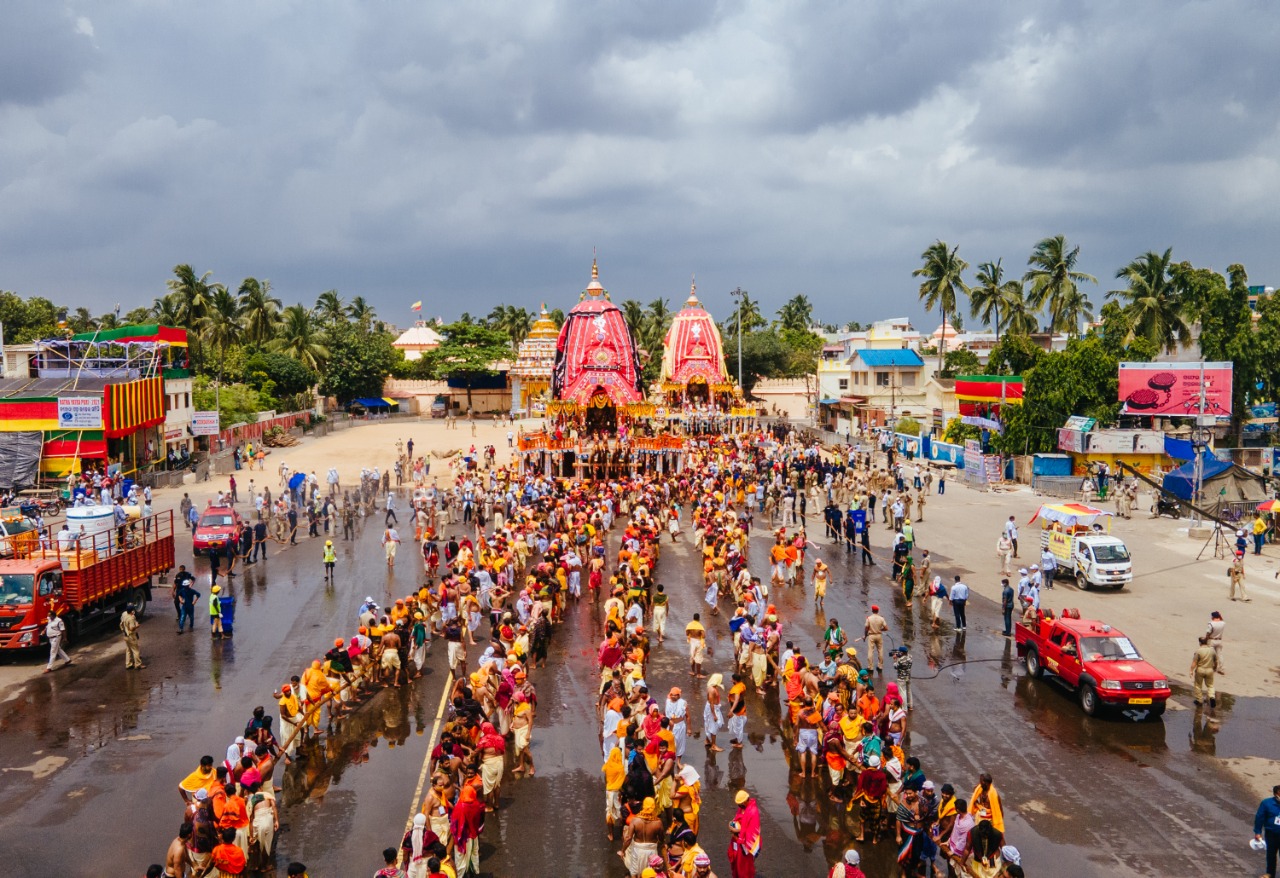 Bahuda Yatra 2021 of Lord Jagannth held without devotees in Odisha


Puri: Bahuda Yatra 2021, the return journey of Lord Jagannath, Lord Balabhadra and Devi Subhadra from Gundicha temple, was held without devotees in Puri on Tuesday.

The servitors pulled the three gigantic wooden chariots back from the Gundicha temple to the 12th century Jagannath temple.

The devotees were not allowed to participate in the annual festival due to the Covid-19 pandemic.

Amid the beating of gongs, cymbals, blowing of conch shells, the deities were brought out of the Gundicha temple and escorted to chariots thorough a procession called ‘Pahandi.’

Lord Balabhadra was the first to be taken onto his chariot Taladhwaja, followed by Goddess Subhadra in Darpadalana and Lord Jagannath in Nandighosha.

Then, the servitors pulled the chariots to the Jagannath Temple on the grand road amid the chant of Hari Bol and Jai Jagannath.