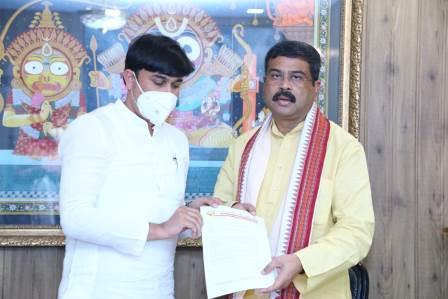 There is only one Kendriya Vidyalaya in Bargarh district which is 6 km from Bargarh town.

Submitting a memorandum, Acharya said Padmapur is the only subdivision in Bargarh district which is about 80 km from the town.

As a result, students in the sub-division could not get access to Kendriya Vidyalaya. Therefore, the establishment of the school in Ghens, a cultural village with a history of anti-British activities during the British rule of the East India Company in the Padmapur sub-division, would spread the word of the region, said Acharya.

The Ghens village is the birthplace of Madho Singh, who followed the footprints of great freedom fighter veer Surendra Sai. The heroic sacrifice of Madho Singh and his family was not only sensational but an unforgettable chapter in the history of India’s freedom struggle, he added.

Padma Shri Dr Haldhar Nag was also born in this village. It is a matter of pride for all of us to establish a Kendriya Vidyalaya in Ghens village and place it on the central map, said Acharya.

“More than 600 students apply for this single school in Bargarh every year, which disappoints many students for locking the seat. Students of the Padmapur sub-division of the Bargarh district can benefit from the establishment of this second school,” said the BJP leader.