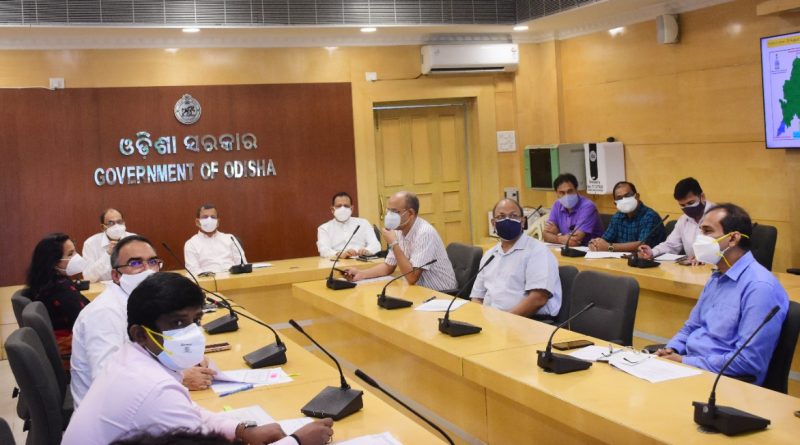 Bhubaneswar: In another important step towards enhancing farmers’ income, Chief Secretary Suresh Chandra Mahapatra has directed the department of Agriculture and farmers’ empowerment and Cooperation to work out a joint marketing frame (JMF) with national agricultural cooperative marketing federation of India (NAFED).

Mahapatra gave this direction while reviewing the activities of NAFED in Odisha and possibilities of further collaboration with it in a high level meeting held in Lokseba Bhawan wherein MD NAFED  Sanjeev Chadha outlined the prospects and updates for discussion.

Managing Director NAFED Chadha mentioned that NAFED as a farmers’ cooperative is also the nodal agency of Government of India for implementation of price support schemes and price stabilization schemes. The Federation would provide different support and assistances to farmers for cultivation, procurement, branding and marketing of the cash crops in collaboration with the State agencies.

Further, Mahapatra advised to promote minor millets as super food throughout the country. Odisha produces many organic millets, fruitsand vegetables.  The tribal population in 119 TSP blocks and 22 ITDAs are mostly accustomed with production of organic varieties which could be marketed under special brand. Organic cultivation clusters have also been created in the districts likeKoraput, Rayagada and Kandhamala.

Mahapatra also directed that the JMF should have FPOs, SHGs, PACS and ITDAs as the active partners in up-scaling the cultivation of cash crops and procurement of the produces directly from the farmers. Such strategies, he added, would prevent the possibilities of distress sale and entering in of unscrupulous middle men.