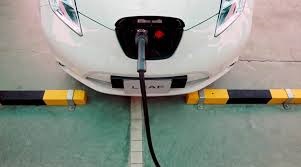 Bhubaneswar: The Odisha Cabinet on Friday approved the Electric Vehicle Policy 2021, which aims to achieve the adoption of 20 percent battery-operated electric vehicles in the state by 2025.

Chief Secretary Suresh Mohapatra said that the state aims to achieve a target of 20 percent registration of battery-operated electric vehicles out of the total vehicle registration by the year 2025.

Mahapatra said that the major decisions of the cabinet included the approval for promotion of the use of electric vehicles in the state through different kinds of incentives.

The policy would also promote the manufacture of Electric Vehicles and its components including batteries in the State, promote innovation and facilitate Research & development in the areas relating to Electric Vehicles & batteries.

Under the proposed policy guidelines, it has been decided to extend financial incentives such as incentives available for manufacturing industries, purchase incentives, scrapping incentives, interest subvention in loans, waiving of Road tax & registration fees during the policy period.

In order to reduce the rapid global temperature which is a concern for everyone for the last few decades, it is now necessary to reduce the emissions caused by different categories of vehicles plying on the road using the traditional fossil fuels since they are contributing a lot for the Climate change.

It is high time to reduce such emissions by reducing the use of such traditional fuel and accelerating the pace of adoption of electric vehicles in the vehicle segments, said the chief secretary.