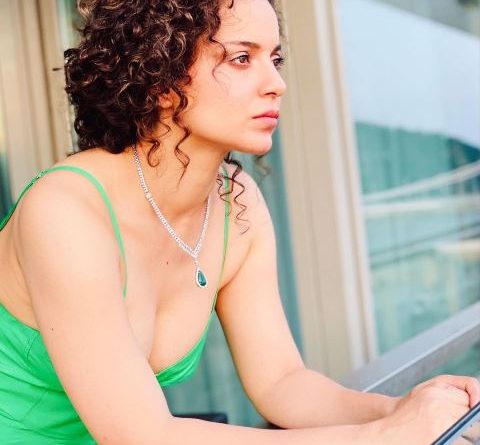 Mumbai: Every weekend, celebrities come to top rated ‘The Kapil Sharma Show’ and entertain people with their words. This weekend, in Kapil’s show, Kangana Ranaut will be seen for the promotion of her film ‘Thalaivi’.

During this, Kangana Ranaut had a lot of fun with the entire team of ‘The Kapil Sharma Show’ and gave funny answers to their questions.

Recently a promo video of ‘The Kapil Sharma Show’ was released in which Kapil Sharma asks Kangana Ranaut, “Ma’am with you a lot of security. I have come. We were scared of what we said. But if so much security has to be kept, what does a person have to do?” To this, Kangana said, ‘A person only has to speak the truth.”

Actually, Kapil sits in front of Kangana with a fire extinguisher in his hands. When Kangana Ranaut asks Kapil the reason for this, Kapil says, “The channel people were saying that wherever Kangana goes, she sets her on fire. So keep one.”

Now the promos of the show are so funny so how will the whole episode be.