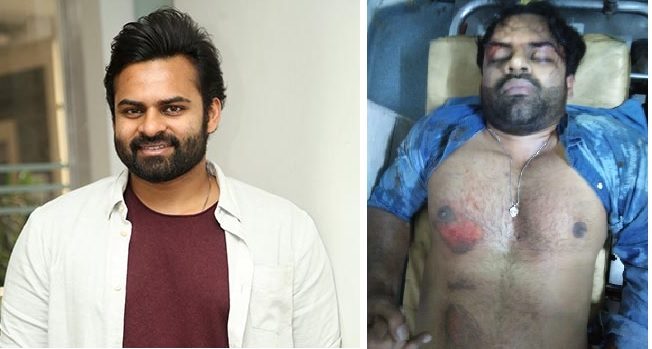 
Mumbai: South actor Sai Dharam Tej got seriously injured after he met with a bike accident on Friday evening in Hyderabad.

According to reports, Sai met with the accident at Madhapur Cable Bridge in Hyderabad, when the actor was crossing the bridge with his sports bike. In the mishap, he sustained critical injuries and was found unconscious on the spot.

Soon he was rushed to a nearby hospital. As per the latest reports, the actor is out of danger now.

Chiranjeevi, Allu Aravind, and Pawan Kalyan reached the hospital to meet him as soon as the news of Sai Dharam Tej’s accident was received.

“@IamSaiDharamTej met with an accident few hours ago & has suffered minor injuries & bruises. Wish to share with All Fans & Well Wishers that There is absolutely NO cause for Concern or Anxiety. He is recovering under expert medical supervision & shall be back in a couple of days,” Chiranjeevi said on Twitter.

According to the police report, Sai lost control over the bike due to overspeeding, which resulted in the mishap. The police also said that the actor’s bike slipped due to mud on the road.