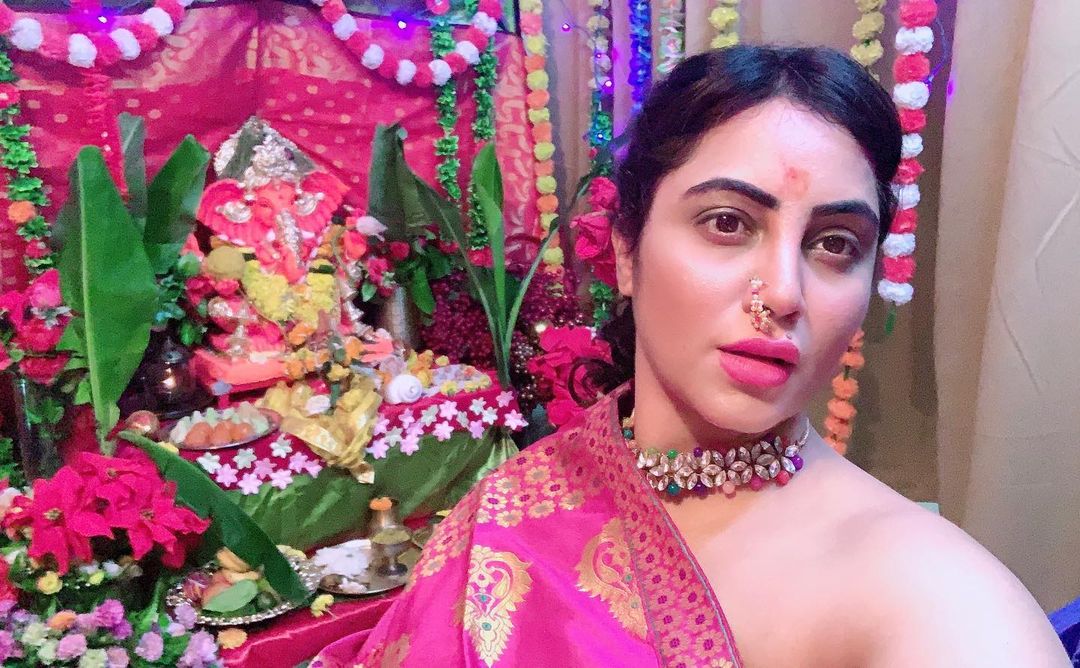 Arshi Khan upset after being trolled for Ganesh Chaturthi wishes


Mumbai: Former Bigg Boss contestant and actress Arshi Khan was trolled for wishing fans on Ganesh Chaturthi. The actress is upset after cyberbullies trolled her for wishing everyone on the Hindu festival.

‘Bigg Boss’ fame Arshi Khan is usually famous for her fans’ heart-winning videos. Arshi’s style remains in the headlines every day. But now something has happened that the anger of the actress is in the news because she has shared a video in which she is seen raging on certain people.

In the comment section of these pictures, some of her fans objected to her being a Muslim and celebrating the festival of Hindu.

Besides, some users also used vulgar language. After which the actress has responded to such bullies by sharing a video.

She said that she is Indian first then Muslim.

Arshi Khan is remembered for participating in the reality TV show ‘Bigg Boss’. The actress will be next seen in the Bollywood movie ‘Trahimam’.