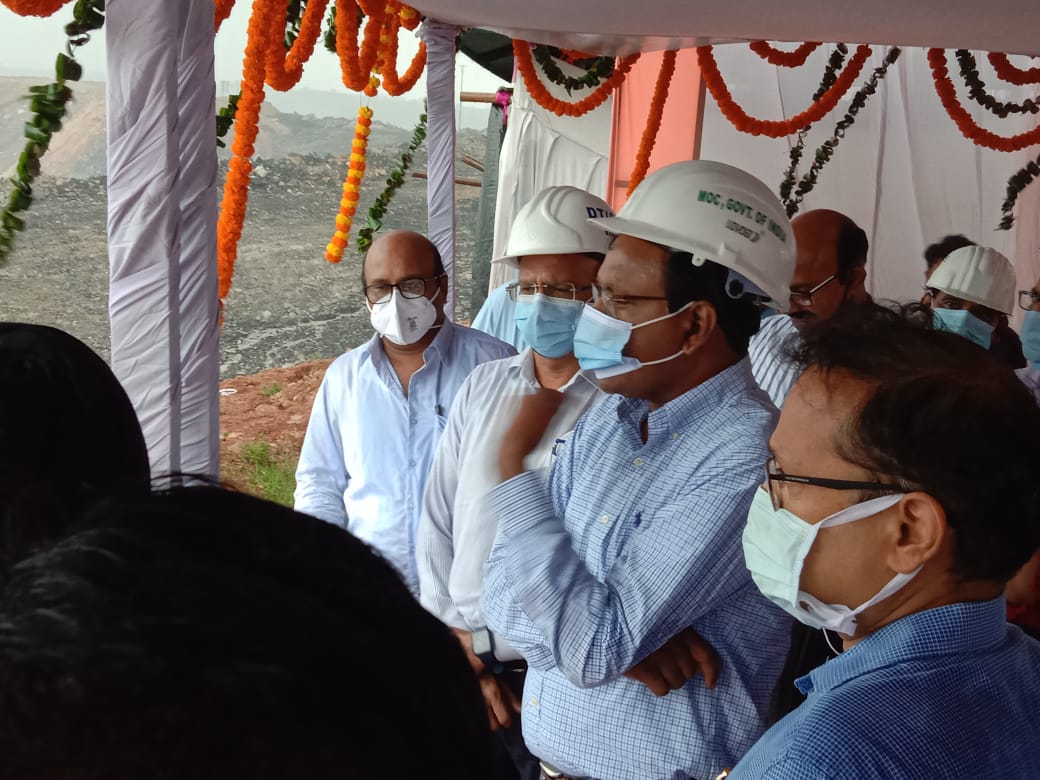 
Sambalpur/Talcher: M Nagaraju, Additional Secretary to Union Ministry of Coal, on Monday said that Mahanadi Coalfields Limited (MCL) would be the top performing company in coal sector by the end of current financial year 2021-22.

“If you are able to do this, I believe you will be achieving 160-165 million tonnes (during the current fiscal), which will be a great achievement. And by doing that you will become the number one coal producing subsidiary (of Coal India) in terms of coal production as well as profits,” the Additional Secretary said.

Nagaraju, who had arrived on an official visit to MCL, was received by OP Singh, Director (Technical /Operations) and Keshav Rao, Director (Personnel).

After a brief discussion with the senior officers, the Additional Secretary visited Lingaraj SILO to inspect the automated coal transportation operations and top performing Bhubaneswari OCP, where he assessed the impact on mining operations due to heavy rains.

MCL, which had produced 148 million tonne in the last financial year 2020-21, has a target to produce 163 million tonne coal and despatch 182 million tonne to consumers during the current fiscal.