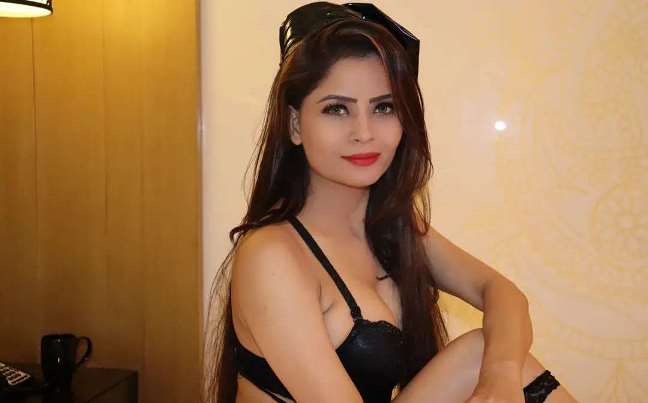 Mumbai: Actress Gehana Vasisth was hitting headlines after she was arrested for allegedly making pornographic videos. After all the controversies, the actress is now active on social media.

Gehana Vasisth keeps posting her beautiful pictures on Instagram. Her fans could not stop themselves from commenting on those sexy pictures of their favourite actress.

In her recent posts, the actress has set the internet on fire by dropping hot and sexy pictures.

Though few users were seen posting negative comments to the posts, the actress’ fans have praised her beauty. Gehana on Wednesday posted three pictures on her official Instagram profile and captioned the first picture, “Arey suniye to … Arey rukiye to …. Song poora kariye dosto (listen, wait and complete the song).”

“Sexy baby is not in the town,” she captioned the second picture, while the actress has expressed her love for black colour in the third picture and captioned it: “Black is my first love … N m still looking out for 2and one (sic).”

Meanwhile, the pic has gone viral on social media platforms and her fans could not stop themselves from commenting on the picture.