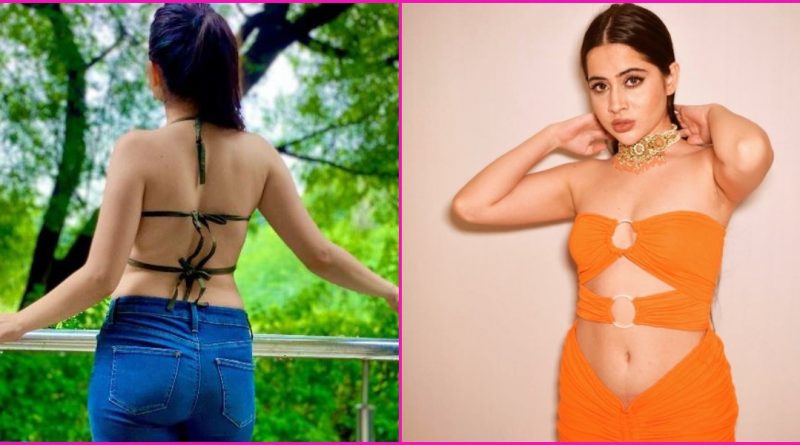 Mumbai: Actress and former Bigg Boss OTT contestant Urfi Javed often remains in the headlines and has a long association with controversies.

Her recent airport look went viral drawing criticism towards her. Urfi was trolled a lot for her dressing as her bra was clearly visible. Days after being trolled for her oufit, Urfi Javed shared a series of pictures, in which she has again raised the temperature of the internet.

She is very active on social media and her every style manages to win the hearts of her fans. The actress has shared some beautiful pictures on Instagram, in which her backless avatar can be seen. Urfi Javed is looking very beautiful in these pictures.

With the photo, the actress has asked fans to write caption and the best one will win a Zara gift card of Rs 3,000.

“Googling captions for Instagram post now … but then I remembered I have you guys! Caption this and the best caption will win a @zara gift card worth 3k,” she said in the caption.

“Here’s one – “Keep looking!! You’ll always see my back as I am here to lead the world,” wrote a fan.

“Be so good they can’t ignore u,” said another fan to which, Urfi replied with a love emoji.