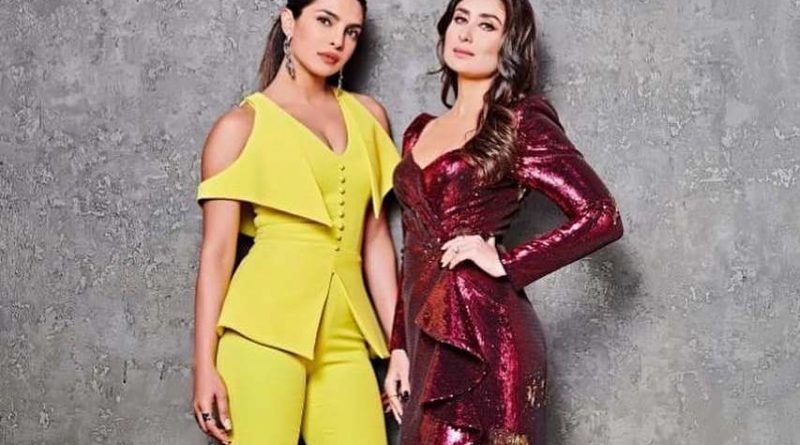 Mumbai: A long time ago, the news of the fight between Kareena Kapoor and Priyanka Chopra had dominated on social media. Both were also seen making many allegations against each other.

After Priyanka Chopra went to Hollywood, Kareena made such a comment on her, which perhaps Priyanka’s fans did not like in the slightest. But Desi Girl also responded to this comment of Bebo with impunity. The two of Bollywood’s best and beautiful actors Kareena Kapoor Khan and Priyanka Chopra were not close to each other in the early part of their careers.

Both worked together in superhit films like ‘Aitraaz’ and ‘Don’, but still the cat fight between the two remained in the headlines.

Not only this, Kareena and Priyanka never shied away from taking a jibe at each other. When Kareena Kapoor was asked in an interview, “If she had to ask any one question to Priyanka Chopra, what would she ask?” To this, Kareena takes a jibe at Priyanka Chopra’s accent and says, “I would like to ask where did she learn her American accent?”

Priyanka replied to this question of Kareena, saying, “I have learned my American accent from where her boyfriend has learned.”

Let us tell you that Priyanka Chopra was talking about Saif Ali Khan. At that time Kareena was not married and she was in a relationship with Saif.

However, now everything is fine between Priyanka Chopra and Kareena Kapoor. Both have also been seen praising each other many times.