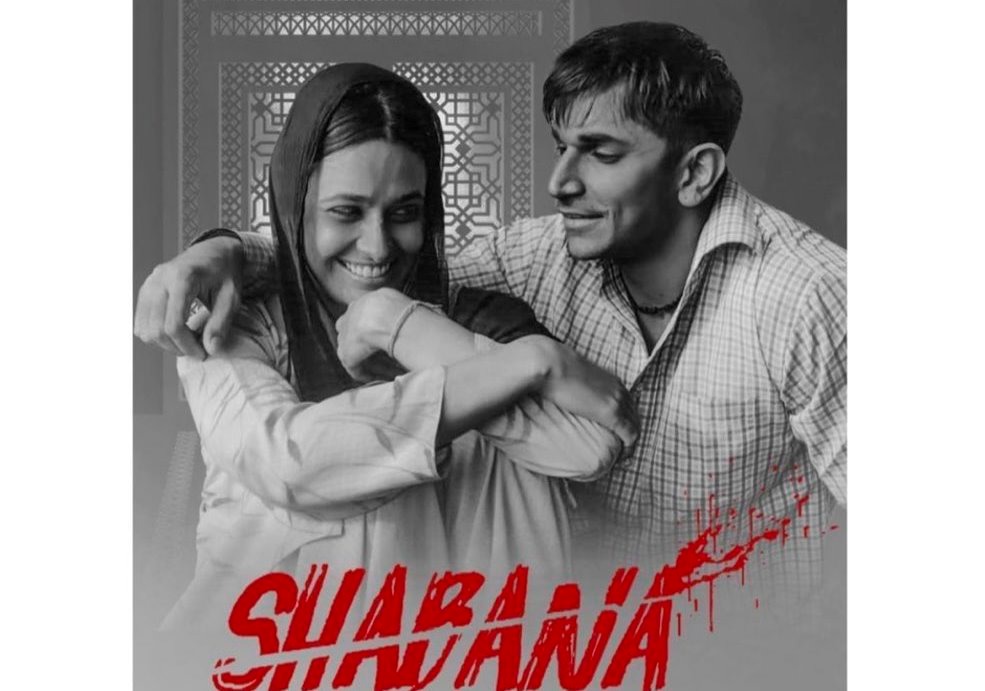 
The first teaser poster for Indian television’s popular couple, Prince Narula and Yuvika Chaudhary starrer ‘Shabana’ is here! Ullu Originals has managed a casting coup by getting this much-admired couple together on screen for the first time in their upcoming web-series, titled ‘Shabana’.

Along with veteran actor, Anil George and the dashing Rahul Dev, the cast have prepped themselves to get into the skin of the character. Ullu has unveiled a fascinating teaser poster for the drama. The teaser poster showcases a stark contrast to what audiences have seen the star couple as. It reveals Prince and Yuvika as two simples, homely, completely deglamorized and yet looks like two young people who are happy just sitting beside each other. The smile on their faces is captivating as also the characters writ large over their faces that relate to the common man. Several shades darker, Prince has a rustic ruggedness on his face and Yuvika complements him beautifully with her innocence and charm.

Unveiling the first teaser poster of ‘Shabana’, Ullu Digital Pvt Ltd, CEO, Vibhu Agrawal, says, “This series/show titled ‘Shabana’ is one that our team at Ullu has been painstakingly developing for a while and we are delighted to share its first look. Right from its story to its casting to its first teaser poster, it’s going to create curiosity and make the industry and audiences alike take notice. Signing Prince Narula and Yuvika Chaudhary was a deliberate decision as they both have a youthful, well-established modern persona and to first, give them a compelling narrative like ‘Shabana’ that will be their debut in a web-series together and also break their image to look like two simple, homely, unsophisticated peasants was challenging and satisfying to create! You can’t help looking at them again in this poster as they’ve portrayed such an arresting image of the characters they enact on the show. We are also pleased to bring on board veteran actors Anil George and Rahul Dev. The casting and the story is indeed one to watch out for!”

Prince and his lady-love, Yuvika, have released a joint statement, saying “This is the first time that we are featuring in a web-series together and we are thankful to Ullu Originals for giving us this opportunity with a very talented ensemble cast of actors. We are excited about the characters we portray. It’s a first for us and we hope our fans will continue to support and love us as we hope to surprise them with ‘Shabana’!”

Produced by Nikhil Khera and directed by Abhijeet Das,
‘Shabana’ is scheduled to premiere soon.