Bubaneswar: Mana Mo Neigalure starring Bhoomika and Jyoti will be released in theatres on October 14. The music of the movie was released in Bhubaneswar on Saturday.

Set to release during Durga Puja, the audio launch of the film was held in the Capital city. Popular Odia actor Jyoti Ranjan and Bhoomika Dash are in the lead roles directed by Sanjay Nayak.

The movie is packed with four songs of different genres in the voice of Asima Panda, Kuldeep Pattanaik, Rashmi and Pragnya. 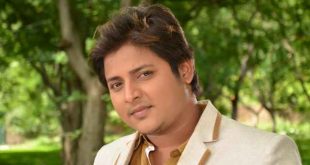