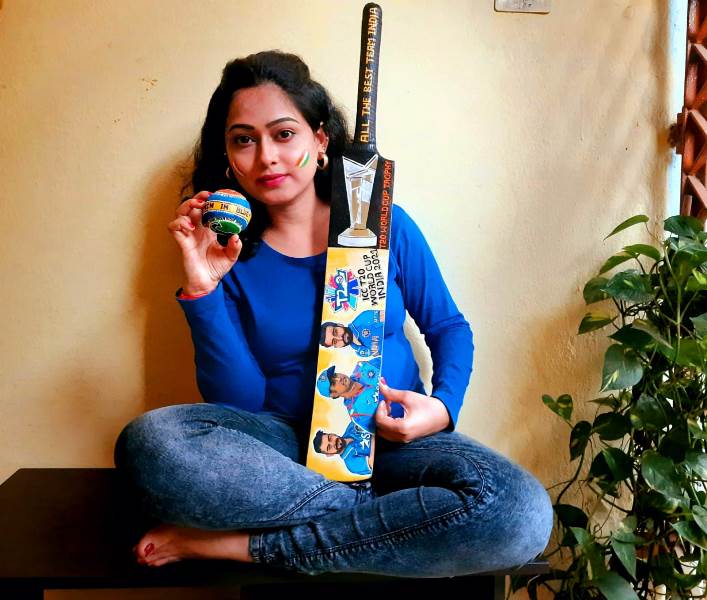 
Bhubaneswar: The Indian and Pakistan cricket teams play each other only in ICC tournaments these days. Cricket fever has yet again gripped fans as India is set to play against Pakistan on Sunday.

After almost over two years, Virat Kohli and Co. will face-off against Babar Azam-led Pakistan and rekindle the age-old rivalry. Pakistan is yet to get a one-up over India in World Cups as the head-to-head has been heavily dominated by the Men in Blue.

Meanwhile, Priyanka Sahani, an artist from Bhubaneswar has made an art and craft on bat and ball to cheer up Mean in Blue. “We all love cricket. We all are crazy for cricket. So I have made mentor of Team India MS Dhoni, Captain Virat Kohli and Vice-captain Rohit Sharma’s painting on bat,” she said.

The Odia girl has also painted the trophy using chips and chocolate wraps and some quotes to cheer up Indian team.

Indain and Pakistani teams have entered the tournament with a fresh perspective, filled to the brim with enormous young talent and the hunger and eagerness to prove themselves on the biggest stage of them all.