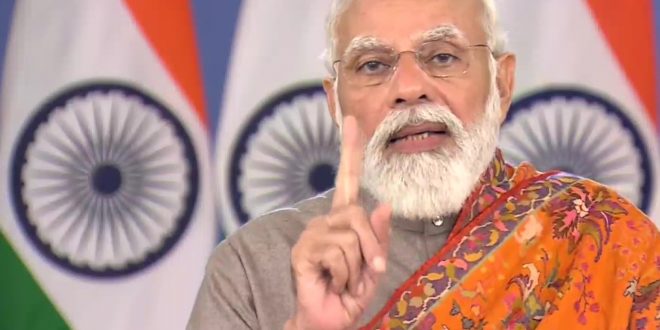 Three farm laws to be rolled back: PM Modi


The Narendra Modi government has decided to repeal all three farm laws.

Addressing the nation PM Modi said, “I want to tell everyone that we have decided to repeal all three farm laws.”

“We worked to provide farmers with seeds at reasonable rates and facilities like micro-irrigation, 22 crore soil health cards. Such factors have contributed to increased agriculture production. We strengthened Fasal Bima Yojana, brought more farmers under it,” the PM said.

“To ensure that farmers get the right amount for their hard work, many steps were taken. We strengthened the rural infrastructure market. We not only increased MSP but also set up record govt procurement centers. Procurement by our govt broke the record of the past several decades,” the PM said while addressing the nation.

“When I became PM in 2014, we (govt) prioritized farmers’ welfare & development… Many people are unware of the truth that 80/100 are small-scale farmers who have less than 2 hectares of land and are over 10 crores in population. This piece of land is their survival,” the PM said.