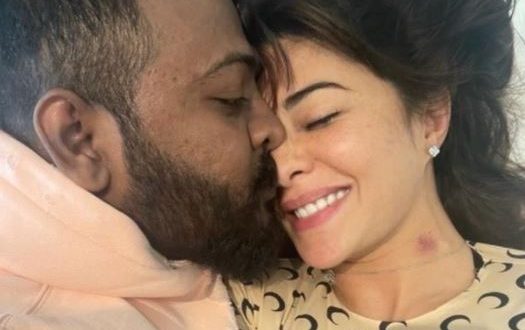 
Mumbai: Actress Jacqueline Fernandez has been in the news recently for her relationship with conman Sukesh Chandrasekhar.

Jacqueline is now back in the news after an unseen photo of her and conman Sukesh Chandrashekhar is going viral on social media.

In the photo, Sukhesh is seen kissing Jacqueline on her nose. The two can be seen sharing an intimate moment in their room.

The actress is also seen flaunting a hickey on her neck.

However, Jacqueline has not made any comments on the photo yet.

Sukesh has also gifted the actress several expensive gifts which included a Persian cat worth Rs 9 lakh and a Horse worth Rs 52 lakh.

The actress was also summoned by the Enforcement Directorate for questioning since she was suspected to be involved in the money laundering case.