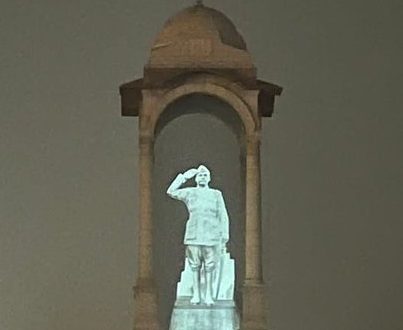 “Netaji Subhash Chandra Bose refused to bow before the British. Soon the hologram statue will be replaced by a grand granite statue. Netaji’s statue will inspire democratic values and future generations,” the PM said.

Seven awards were presented during the ceremony. Centre has instituted the annual Subhas Chandra Bose Aapda Prabandhan Puraskar to recognize and honour the invaluable contribution & selfless service rendered by individuals and organizations in the field of disaster management.

This is not just a granite statue but a befitting tribute to the legendary Netaji, who gave everything for India’s freedom, said Union Home Minister Amit Shah.