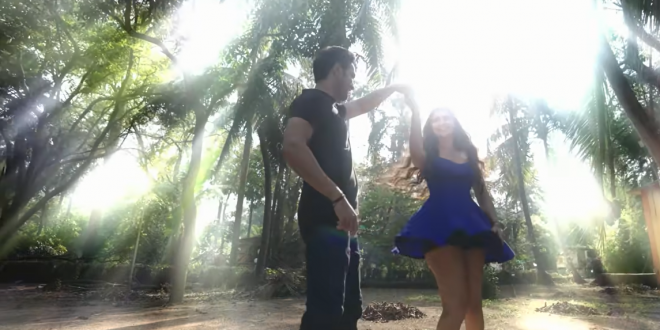 Ace singer Amey Date,  a student of Suresh Wadakar, who shot to fame after first appearing on Rising Star and Indian Idol, has lent his voice to the song, while the music has been arranged by singer and music composer Arnab Chatterjee. Chatterjee, whom Deepak fondly calls Arnabda, is a known music composer for films, TV serials, music albums, corporate films and also is an approved AIR composer.

Ae DeewaneDil has recorded more than 1.8 million views in just 13 days of its release on YouTube on January 8. The song has also recorded more than 11,000 likes and counting. The song is also available on other streaming platforms such as Apple Music, Spotify, Amazon Music, JioSaavn, Resso, and YouTube Music.

Ae DeewaneDil has been composed in the style of legendary music composer Late RD Burman. The song has used all the acoustics and real instruments such as saxophone, maadal, group violins, guitars, among others, which RD Burman was famous for.

The video, directed by director Ajinkya Deshmukh, is a story about a girl, played by young actor Twinkle Saggu, who is in a toxic relationship. The girl is cheered by the hero, played by TV actor Nikhil Narang, by singing Ae DeewaneDil, as they are seen in hitherto virgin locations of Manori near Mumbai. As the two falls in love, the girl gathers the courage to snap her earlier relationship.

Ajinkya is a known music video and ad filmmaker who has also recently produced and directed a Marathi film. With an experience of over 9 years, Ajinkya has done works for Red Chilies, Rajkumar Hirani Films, Bodhi Tree, Sagar Productions & many more. He also Directed/Created 53+ Music Videos for the industry’s top players like Sony Music, Zee Music, Time’s Music, and his clients being Pritam da, Dabbu Malik, Pawni Pandey, Vaishali Made, Amruta Natu, Rini Chandra, and the list goes on.

“We are overjoyed by the response to Ae Deewane Dil. The entire team had put in a lot of effort and thought in the making of Ae DeewaneDil, and we are over the moon that the audience has absolutely loved it,” commented Deepak Jeswal, who is a fan of all the legendary lyricists of Bollywood, especially Anand Bakshi, whom he considers his ‘guru’ when it comes to writing.

Incidentally, Ae DeewaneDil is the fifth song on Deepak Jeswal’s YouTube channel Deepak Jeswal Official in the past year that has exceeded more than 1.5 million views, which is a vindication of his own musical talent as well as the team he works with. Alka Yagnik, Udit Narayan, and Anup Jalota are among the prominent singers Deepak Jeswal has collaborated with earlier.

Deepak Jeswal had a special word of praise for Amey Date and said Ae DeewaneDil is the beginning of a long association with him.

“Amey is a highly versatile singer,  with a unique and original voice. He is also classically trained which adds depth to his singing. We plan to work together and bring out songs of romantic, classical, pensive, happy, and devotional genres. More than that, we aim to create high-quality and melodious music that everyone is nostalgic about but no one is producing. Our target age group is listeners who understand and appreciate the finer things in life,” he added.