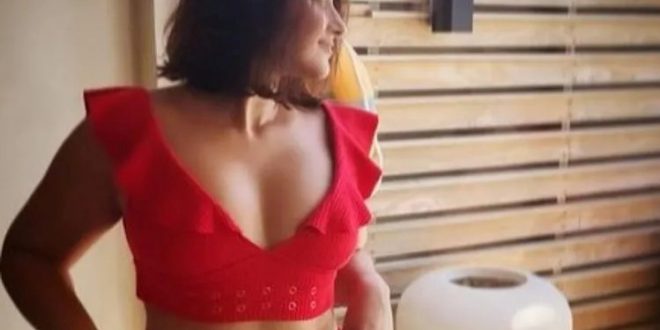 
Bollywood actress Ileana D’Cruz remains in news for her bold and steaming photoshoots.

Ileana has in recent times established herself among the most sought-after actresses in the industry. She has worked in South Indian cinema as well as in Bollywood.

Meanwhile, Bollywood actress Ileana D’Cruz has surprised everyone by sharing her unedited picture on social media. She has shared the latest picture of her in bikini in which she does not look slim. She looks a little fat.

Ileana has shared a picture wearing red color bikini on her Instagram. She looks quite different in this picture than before. Always looking perfect slim, this picture of Ileana has taken everyone by surprise. Everyone is asking about his increased obesity.