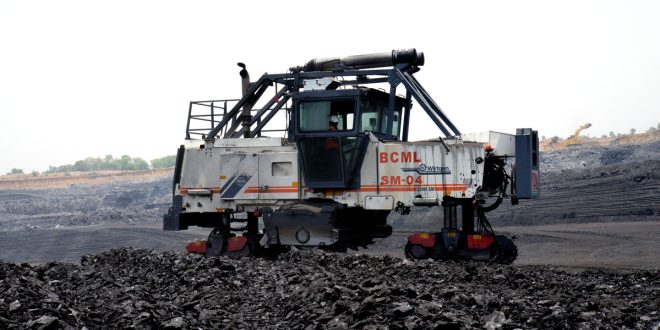 
Sambalpur: Mahanadi Coalfields Limited (MCL) today crossed the magnificent figure of 150 million tonne (MT) in coal production, that too in a record time of 11 months.

With this, MCL has joined the coveted Club of coal companies which have produced 150 MT coal in a financial year. Earlier, sister subsidiary South Eastern Coalfields Limited (SECL) was the only one to do so.

Chairman-cum-Managing Director of the company, Mr OP Singh congratulated all officers, staff, employees of contracted companies and other stakeholders for this achievement.

“I would like to dedicate this great achievement to the efficient Team Work at all the levels,” said Mr Singh, expressing gratitude to the Odisha state administration, Coal India headquarters and Coal Ministry for regular guidance and support.

“We cherish this achievement with a much joy and we would continue to work with same enthusiasm and achieve success while ensuring energy security to the nation,” said the CMD, as MCL heads for creating bigger milestones in all the major parameters of coal mining i.e. production, despatch and overburden removal.

In the current financial year, so far, MCL has registered a growth of over 15% in coal production, 22% in despatch to consumers at 159 MT and more than 18% growth in overburden removal at 186 MCuM, as compared to the same period in financial year 2020-21.