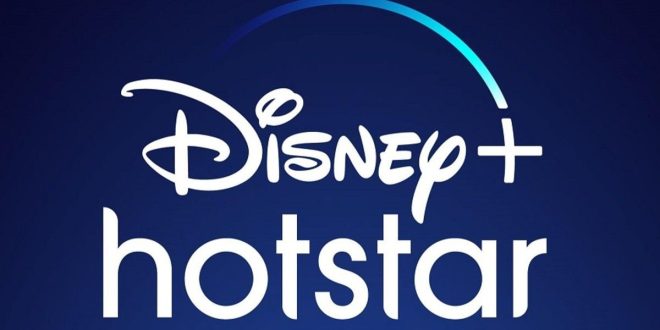 Ariel India and Disney+ Hotstar curate a list of fFilms, shows that SeeEqual


Ariel India has been advocating for gender equality at home for seven years now, through its award-winning movement #ShareTheLoad. Their latest edition #SeeEqual has received phenomenal response from all quarters and has so far received over 50 million views. This year, Ariel is raising a pertinent question – “If men can share the load equally with other men, why not with their wives?”. The protagonist in the film represents the mood of many women around, where they are impatient at the pace of change, and therefore are demanding to be seen as equals with a direct question – Do you see me as your Equal? Because we know that when we #SeeEqual, we #ShareTheLoad equally.

To drive the #SeeEqual message even further, Ariel India and Disney+ Hotstar have collaborated to curate a selection of movies and shows that break the bias on the stereotypical representation of women characters. With the belief that representation can either reinforce or challenge stereotypes, this is an initiative to put out more equal, progressive content as an enabler for families to take inspiration from positive imagery and stories.

As Ariel continues to urge everyone to #SeeEqual, it is also important to see visuals of equality around us that can help normalize equal, progressive roles. In the spirit of keeping this conversation going and furthering the cause of equality, Ariel India and Disney+ Hotstar have come together to curate a list of inspiring films and shows that will underline the message of #SeeEqual and put a spotlight on the necessity of men seeing women with an equal lens- whether at home or outside of it. This list of content brings about narratives, characters and situations that represent women in a more accurate manner, breaking stereotypes and taking charge. Be it about an equal partnership between a man and a woman, or a husband that shares the load to support his wife’s career, or even a princess who takes charge and rules her kingdom effectively, the collection of content is truly progressive. The list has been authenticated by Akshara Centre, a not-for-profit women’s organisation and resource centre working for the empowerment of women and girls for the last two decades.

Speaking about the collaboration, Sharat Verma, Chief Marketing Officer, P&G India & Vice President, Fabric Care, P&G India said, “Over the last 7 years, Ariel #ShareTheLoad has sparked conversations to address the inequality in the division of household chores. This year, with the message to #SeeEqual, we want to bring to light the unconscious biases, stemming from decades of conditioning, that come in the way of us all sharing the load equally. To accelerate change, it is important we reinforce positive imagery that promotes gender equality, and shatters stereotypes. We are happy to partner with Disney+ Hotstar to put out a curated list of films and shows that portray strong women, progressive circumstances, and equal relationships. Do check out the See Equal and #ShareTheLoad collection!”

Dr. Nandita Shah, Co-Director Akshara Centre added, “We are happy to join #SeeEqual as it resonates with what Akshara Centre has been working towards for more than two decades. It is indeed challenging to build conversations on gender equality in an atmosphere where sexism and objectification is normalized and reinforced rampantly in popular media. In this partnership with Ariel and Disney+ Hotstar, we would like to substantiate few movies and series that have begun showing positive portrayal of women. We invite the audience to join us in changing the negative narrative and making the switch to positive depictions. This will enable us to take stronger steps towards gender equality.”