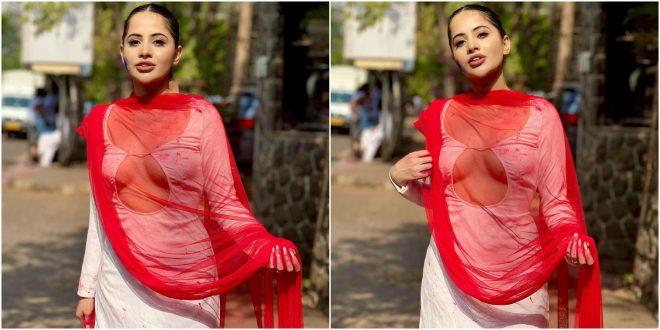 
Holi is being celebrated today in several states today. Urfi Javed, who was always active on social media, also appeared in the colors of Holi. On the special occasion of Holi, Urfi Javed tried such a look that everyone was stunned to see her.

Urfi Javed who always took people’s attention with her dress, this time wore a red dupatta and white suit. Wearing a suit, the actress was seen enjoying her flair by roaming around. When the fans saw this avatar of Big Boss fame Urfi), people were quite impressed with her look.

However, she was trolled for her bold picture.

“Happy Holi everyone,” she said in the caption.

Let us tell you, Urfi Javed is often surrounded by controversy regarding her dresses. Bold and beautiful Javed had once taken a toll when he copied the dress of Hollywood actresses Kim Kardashian and Kylie. Bigg Boss fame Urfi Javed shared her video with fans from her official Instagram.