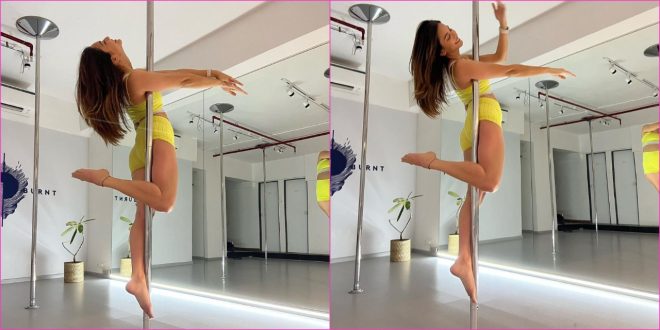 
Kriti Kharbanda has stunned her fans and followers when she shared a pole dancing video on Instagram.

The actress often treats her fans to adorable glimpses of her personal and professional life via pictures and videos on social networking sites.
Sharing the video on Instagram she said: “Yes! I did it! And it feels so so so good! A little rough around the edges but then again, it’s a small victory and deserves a little celebration.”

As soon as the post hit Instagram, fans chimed into the comments section to compliment the actress’ balancing skills.

The actress is quite active on social media and has more than 7 million followers on Instagram. On her boyfriend Pulkit Samrat’s 28th birthday, Kriti Kharbanda had penned a heartfelt post on social media.