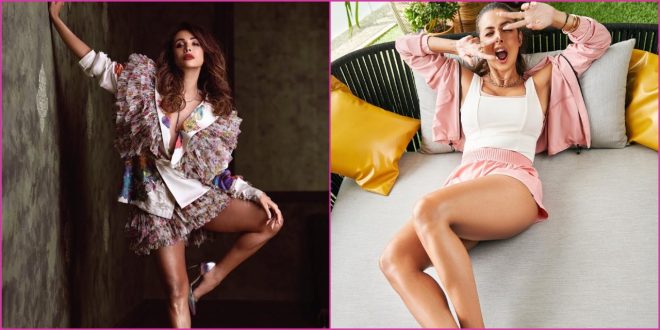 
Bollywood actress Malaika Arora recently shared a lovely picture with her fans on her Instagram profile. In this picture, the actress is seen rocking while lying on the couch.

Malaika is looking very cool in a pink outfit. This rocking style of the actress is also being liked by fans. Along with this, Malaika Arora’s girl gang has also been seen commenting on her post by messaging her.

Fans are not only showering likes and comments on their posts, as well as sharing them fiercely. Malaika Arora’s girl gang are also commenting on this picture. Karisma Kapoor wrote – Big mood… while her sister Amu commented and wrote – Turn down for what??? Along with this, she also made a queen emoji.

Malaika Arora has not appeared on the film screen for a long time. But still she has become the owner of crores of assets through TV shows. Seeing Malaika’s fitness, big brands are drawn towards her. She earns a lot of wealth by becoming the face of many brands. Also, the news of her and Arjun Kapoor’s love affair on social media always keeps her in limelight.

Malaika Arora, who has crossed 40 years, is seen inspiring netizens a lot due to her fitness. The actress may forget to eat but does not forget gym. Her day is not complete until Malaika does yoga and exercise. She beats the new actresses who have come to Bollywood with her fitness.