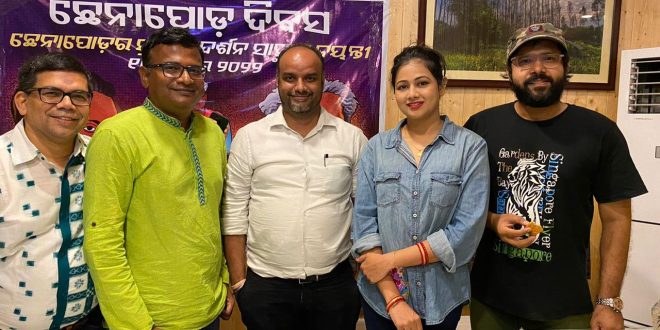 
Bhubaneswar: As a tribute to the inventor of ‘Chhenapoda’ Sudarshan Sahu from Nayagarh, the Birthday of Sudarshan Sahu i.e. 11th April was celebrated worldwide today as Chhenapoda Dibasa.

Sudarshan Sahu from Nayagarh was born on 11th April 1931. Alongwith his father Bidyadhar Sahu, Sudarshan came up with the recipe of this great Odia delicacy accidentally. It then went on to become a delicacy loved by one and all, being a symbol of Odia culture and identity.

Manoj Mishra IRTS expressed great satisfaction on the efforts made in Social Media by Odia Citizens towards popularising the day as a true tribute to Sudarshan Sahu as well as in getting due recognition for Chhenapoda in the days ahead. OSD to Tourism Department Ansuman Rath coordinated the event and thanked the dignitaries for joining the initiative.